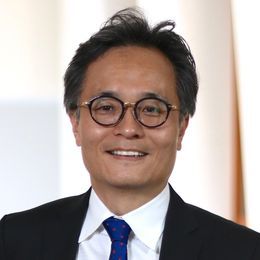 Herbert A. Simon, the late management scientist and Nobel Laureate, argued that we are living in an “artificial” world, one that is shaped by man-made artifacts. Throughout human history, we have mobilized our collective power with increasingly powerful tools to transform the natural world to advance our civilization. Technological artifacts (anything from smartphones to complex manufacturing machines to large-scale infrastructure such as the Internet) and organizational artifacts (both formal and informal structures) are two of the most important, shaping contemporary modern society.

Today, business is situated at the nexus of these two key artifacts that shape the world in which we live. Breakthrough innovations happen when business puts technological innovations to use in creating products and services that enhance the quality of life for those who use them.

Digital technology, put to transformative use

Digital technology is the most powerful innovation that defines our time in history. Over the last several decades, we have seen exponential growth in the power of digital technology. We can do more, better and different with less, by mobilizing our collective intelligence and power through technology.

According to Masayoshi Son, chairman of Softbank Group — a Japanese firm that owns Sprint, Alibaba, ARM and Yahoo! Japan — if the technology continues to develop at its current pace, by 2040 a $300 smartphone will be able to store 500 billion songs, 300 million years of news, and 30,000 years of video. Essentially, one will be able to record his or her entire life and more with a phone. What can we accomplish with such powerful technology? Transformative technology can help to create a more sustainable future, but we must also consider more inclusive innovation. Can we do it in such a way that will lift up everyone in our community and society, not just benefiting few?

Despite technological developments over the last several decades, the socio-economic disparities in our society have grown. Through technological developments we went to the moon, discovered cures for deadly diseases and improved productivity. Yet the same technology also led to the industrial outmigration, leaving behind many urban communities with only low-paying low-skilled jobs and vast areas uninhabited.

Over the last several years, with a group of high school, undergraduate and graduate students in Philadelphia, I led a design inquiry to explore use of digital technology to re-imagine American urban communities. Students surveyed the urban landscape and interviewed residents, block captains, community organizers and business owners. They noted vacant lots, abandoned buildings and “food deserts” without easy access to fresh and healthy food.

In the course of this project, these students also met a group of passionate urban farming advocates working to transform vacant lots into vegetable gardens. They met restaurants interested in sourcing their vegetables from local farms. The question was: how could they bring them together in a way that would be economically sustainable, technologically feasible and humanly desirable?

Out of this research, several projects were launched, led by high school students and supported by college mentors and faculty members. The first project was a digital platform called GrowShare on which people could share information about vacant lots, the condition of the soil and what could be grown there. Using Google Maps API (application programming interface), students built a prototype of an easy-to-use platform where people could register a vacant lot and propose a new urban farm.

Students also identified the need for technology to monitor the garden so communities could coordinate their efforts. This led to the design of an IoT (Internet of Things) device that monitors soil moisture, temperature and weather and alerts the “friends of the farm” when the garden needs attention. A group of high school students built a large fish tank-sized prototype and mobile app as proof of concept. One high school senior led the design and fabrication of the prototype, using free 3D design software from Google and a 3D printer at a local university. To connect urban farms to local kitchens and restaurants, we imagined a network of bicyclers who would pick up and deliver vegetables from local urban farms to their buyers, an idea inspired by Wash Cycle Laundry.

Sustainability challenges, at home and afar

As students graduated from our program, some of these ideas were never commercialized. However, they showed a glimpse of how we can re-imagine cities by mobilizing our collective imaginations using digital technology. They demonstrated that we could build an economically sustainable platform that transforms our communities by connecting human, technological, financial and physical resources in our neighborhoods. Similar approaches can be taken to discover solutions for urban health, crime, financial services and entertainment.

As George Packer, a staff writer for The New Yorker, pointed out, it is easy for us to focus on solving “world problems” by imagining eradication of famine, terminal diseases, extremely poverty and extreme weather, all while being oblivious to the problems in our own backyard. To make progress in solving world problems using technology, we must strive to do one without losing the sight of the other.