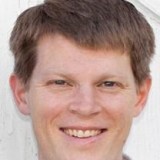 Whether it's bike sharing in New York City or curbside composting in San Francisco, U.S. cities are embracing sustainability from coast to coast. Here's a look at four cities using green practices, how they're doing it and the results they're seeing.

Kansas City recently completed construction on a 2-mile streetcar line in its downtown area and has also invested in a new bus rapid transit system.

This is just one example of the steps the city has taken since it first adopted a Climate Action Plan in 2008. Municipal leaders have also reduced energy usage, put vacant lots back into productive use, offered free weatherization for low-income households and built green infrastructure.

Since 2000, the city has reduced its electric consumption by 21 percent at a time when municipal consumption rose by 14 percent. Municipal leaders have also worked to convert the city's fossil fuel-based fleet to vehicles that operate using alternative fuels, especially compressed natural gas.

“Our view of sustainability in Kansas City is really to take a triple-bottom-line approach in making decisions so that we can simultaneously achieve economic vitality, social equity and environmental quality in our community,” says Dennis Murphey, chief environmental officer for the city. “This is part of what we do in all aspects of city government.”

Thanks to the Green Wharf project, Santa Cruz’s wharf has become a hotbed of sustain-able practices. Leaders there have installed renewable energy testbeds, retrofitted street and pedestrian lighting to LED technology, and fostered seven green-certified businesses.

On an annual basis, the project has saved 67,800 gallons of water, diverted 2.4 million tons of solid waste from the landfill and saved 258 tons of harmful CO2 emissions.

Another notable development is the Go Solar Santa Cruz campaign, which set a milestone to increase solar photovoltaic system installations to 2,000 residents and 200 businesses by the end of 2016.

The city has set 12 aggressive Climate Action Milestones that will help achieve their overall goals of reducing community-wide greenhouse gas emissions 30 percent by 2020, reducing them 80 percent by 2050 (as compared to 1990 levels), and making all new buildings emissions-neutral by 2030.

In terms of economic payoff, the city’s investment has been a win, says Ross Clark, Santa Cruz’s climate action coordinator. “We’re meeting and exceeding our financial objectives,” he says.

In 2010, a series of catastrophic weather events — including 5 feet of snow in five days, record heat, rain, flooding and wildfires — caused major destruction in this city of 63,000 located 75 miles south of the Grand Canyon at the base of the San Francisco Peaks.

The city has since taken action on climate adaptation, passing a $10 million bond measure in 2012 to create seed money for forest health treatments in critical watersheds.

“Even though we’re a small metro area, we are a regional leader in the state,” says Nicole Woodman, the city’s sustainability manager. “Our ecosystem here is very, very fragile, but our work to promote water conservation has been very successful.”

The stakes are high. If the forests around Flagstaff are destroyed or compromised, “downtown Flagstaff would be underwater,” Woodman says.

Other key sustainability efforts in this city include five community gardens in high-density areas, energy retrofit programs, renewable energy programs and the installation of anti-idling devices on city vehicles.

Educational efforts have been essential to their success.

“We’re focused on empowering residents and the community,” says Woodman.

Charleston’s sustainability story begins with the preservation of its historic downtown, which faced an uncertain fate in the 1970s.

“Malls were being built in the suburban areas, and the national chains were leaving,” says Carolee Williams, project manager with the city of Charleston’s Department of Planning, Preservation and Sustainability. “What was left behind was not very enticing, and businesses were left holding on by a thread economically.”

Yet Mayor Joseph Riley and his administration galvanized efforts to preserve Charleston’s historic fabric, which ultimately led to the city being considered a national model.

Charleston also created a Green Plan in 2010 and rolled out a Green Business Challenge that helps businesses adopt sustainability measures. In the past four years, participating businesses have engaged in 1,800 new initiatives, saving enough energy to power about 5,000 homes for a year.

One of the most important aspects of Mayor Riley’s legacy (he retired this year) may be in the sea-level rise strategy that city council is currently considering, which would adopt a standard to elevate buildings 1.5 to 2.5 feet.

Although sustainably redeveloping older buildings can be a challenge, Williams says Charleston has been a leader in this area. “There’s embodied energy in what was created and crafted and built 150 and many more years ago,” she says.