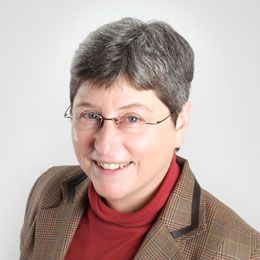 Older cities in the U.S. are in trouble.

In the past, the Federal government has used Urban Renewal to address urban problems.  Unfortunately, this program relied heavily on eminent domain to forcibly clear large areas for redevelopment.  By far the dominant current strategy for most cities currently experiencing population loss is simply to tear down the abandoned houses.  Both of these strategies tend to destroy the fabric of urban communities.

However, turning our backs on our older cities is not an attractive alternative:  infrastructure in the urban core is abandoned, while new infrastructure is built on the periphery. When central cities empty out, property and income tax revenue fall, leaving the city with fewer resources to serve the residents — mostly the poor — left behind.

How to save our older cities

There’s a better way. Our older central cities can be saved by making urban neighborhoods more attractive despite the loss in population. This can be accomplished by using short, voluntary (and therefore subsidized) moves to re-concentrate the existing population in order to restore selected areas of the city to their original densities.

The benefits of such a plan are many. Residents will again have neighbors, as opposed to living among vacant lots and boarded up houses.  Central city neighborhoods will become more attractive and safer places in which to live, attracting the additional tax base of middle- and upper-income residents. Existing community bonds can be preserved because the moves are short.  Additionally, the building of new housing for the movers would reduce the impact of lead poisoning so prevalent in older urban areas. Each area would have enough density to support retail operations, such as grocery stores, ending city food deserts.

The upfront investment required — including the costs of renovating or building new houses and demolishing the existing structures in the vacated areas — is paid for by the increased property values and tax revenue, and the cost savings of providing public services in smaller and denser areas. Even suburbanites would benefit: there’s growing evidence that a healthy urban core contributes to the strength of an entire metropolitan area.

No one would be forced to leave their home; cities would approach residents with offers to buy their homes at a price greater than the market value in exchange for a voucher to be used to purchase a home in these newly reconcentrated centers. The decisions of which areas should be reconcentrated would stay with local residents and political representatives.

Using Cleveland as an example

At its peak, Cleveland was a city of over one million people. Today, its population stands just under 400,000. Between 1970 and 2010 alone, the city’s population dropped nearly by half. In the east side neighborhood of Slavic Village — considered to be the ground zero of Cleveland’s foreclosure crisis — vacant parcels nearly outweigh the occupied ones and the median home price in 2015 was just $15,000.

In my research, I focused my attention on the 18 neighborhoods on Cleveland’s east side, the area most impacted by the depopulation of the city’s core, which encompasses 33,402 occupied single family detached houses.  Reconcentrating populations in this area can be achieved with about 10,000 short moves (the mean length is .46 miles). The number of moves is large because there are many vacant properties in this part of the city.  The cost to the project for construction or renovation of houses for the movers is $645 million dollars.

Yet the potential benefits are significant — reconcentration of the population would reduce the public service distribution area by 11.6 square miles, nearly 40%. At a savings of $1.85 million per year per square mile of shrinkage, the city would save $21.4 million a year in public service provision.

The results are equally dramatic with regard to property tax collection. From a peak of $49 million in 2004, Cleveland’s property tax revenues have been falling at a rate of about $1.6 million per year. The new housing would not only prevent further decline, but would potentially  boost annual property taxes by $16.4 million annually.

In all, that’s a total of more than $39 million in annual benefit to the city of Cleveland, allowing this strategy to pay for itself within 25 years.

It’s an ambitious plan, and one that would require the strategic cooperation from a variety of parties to make it work, along with the support of state and federal resources. It will take creative approaches to financing to encourage home ownership and renovation, and a coordinated effort to educate residents about accessing such resources. It will require a team of professionals who can triage structures to determine which properties can be rehabbed or should be demolished. And it will require that community centers, schools, public transit and police stations be strategically placed to help form the hearts of these neighborhoods. Only by making strategic use of our current resources can we see our older cities return to their former glory.