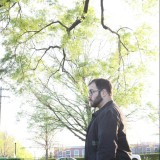 "Yes, can I have a grande non-fat latte? And can you make it with soy milk?”

I sighed, ensuring my microphone wasn’t hot before letting the air out between my lips. I didn’t have time to explain this again. Non-fat milk was, as a rather pointed fact, not soy milk, and asking for a non-fat soy latte was ludicrous.

I also hated steaming the not-milk. It made noises like a dying animal and was at least as finicky as one. And not to mention that it’s not actually milk. Beans, last I checked, cannot be milked.

This time, I’d had enough. I quickly steamed the dead-cat-sounding bean-juice, pulled the espresso shots and poured the frothy liquid over top, ensuring I had the proper liquid-to-foam ratio. Then I swiftly yanked from the fridge a representative of each milk we carried—2%, non-fat, whole, soy—dropping them on top of the stainless-steel countertop.

Ducking down, my eyes darted across the nutritional facts on each carton, seeking out the damning evidence I required. A moment later, I popped out of my squatting position and screamed a much-too-loud A-ha! Soy milk was just as sugary as other milks and just as unhealthy, provided you weren’t lactose intolerant.

Rubbing my hands together like a cartoon villain, I heard the soft voice of my shift manager.

“Robert,” he said. “Put the milk away and get back to work.”

Case of the Mondays

Have a story about workplace life that keeps you laughing? Tell us about it.