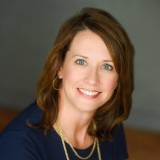 While working and studying in Cambodia in 2008, University of Guelph graduate student Christopher Charles got a close-up look at the health challenges created by iron deficiency, a condition from which nearly half of Cambodians suffer. This micronutrient deficiency — the most common and widespread in the world — is particularly dangerous for children and women, causing pre-term labor, low birth weight and even maternal death.

Cooking in cast iron pans helps, but they are costly and difficult to clean. Iron-rich foods are less available in the developing world, and supplements when accessible taste bad and cause unpleasant side effects. So Charles hatched the idea of creating small blocks of iron that Cambodians could use in their cooking to increase the iron content of their food. He began distributing them, only to find them most commonly used as doorstops or to level a crooked table.

So he tried distributing an iron ignot in the shape of the “try kantrop,” a river fish considered lucky in Cambodian culture, and the Lucky Iron Fish — then called the Happy Fish — was born. Home cooks there began boiling it in their cooking water and using it in soups, stews and rice, resulting in a 90% increase in the iron status of those who used it on a regular basis.

But it didn’t become a business until fellow University of Guelph student Gavin Armstrong stepped in and asked Charles for the opportunity to commercialize the product, creating Lucky Iron Fish Enterprises in 2014.

“He did the initial design, and I saw major global potential for it,” says Armstrong, now the company’s CEO. The original business model called for selling the Lucky Iron Fish in bulk to aid agencies working around the globe to distribute in parts of the developing world plagued by iron deficiency. The procurement process required to sell to such organizations was long and onerous, he says, but then he started hearing interest from other sources.

“Every time I would go to a conference to talk about the Lucky Iron Fish, someone would come up to me and say, ‘I have an iron deficiency. Can I use it?’” Armstrong says. “So we decided to sell it online with a buy-one-give-one program so it’s still getting out to our desired audience.”

In the early months of its e-commerce effort, Armstrong was selling about 100 fish a month. But after a flurry of media coverage in October 2015, he quickly went to selling about 100 an hour. Today, the Lucky Iron Fish is available for sale in 66 countries via the company’s online store.  Armstrong now leads a staff of eight; six work in the company’s Guelph headquarters and two are on the ground in Cambodia. Lucky Iron Fish exceeded $1 million in sales in 2016 and is a certified B Corp, a designation given to for-profit companies meeting high standards of social and environmental performance, accountability, and transparency.

For every fish bought, the company donates one in the developing world, distributed through aid agencies that hand them out and monitor their impact.  For now, Lucky Iron Fish’s strongest presence is still in Cambodia — about 35,000 fish are used across Asia today — but Armstrong’s team is also launching clinical trials in the Dominican Republic, Guatemala and India.  In the Cambodian communities where use of the fish originated, there’s a 94% compliance rate in usage.

“My goal is for Lucky Iron Fish Enterprises to be the provider of simple, natural solutions to combat health disorders,” says Armstrong — conditions like like zinc deficiency, the second largest micronutrient deficiency. The company has launched new research to find a similar product that could treat zinc deficiency.

Armstrong believes there are many budding entrepreneurs who have a desire to launch a social enterprise like Lucky Iron Fish, one that can make a meaningful contribution to achieving the Sustainable Development Goals (SDGs) established by the United Nations in its 2015 report “Transforming our World: The 2030 Agenda for Sustainable Development.” He challenges academia to take a leadership role in improving the commercialization pipeline for social enterprises.

“There are countless students with millions of dollars doing research that will then sit on a shelf and collect dust,” he says. “There isn’t enough commercialization in universities, [usually] it’s get the work done, get your funding, get your dissertation and then move on to the next idea … commercialization departments need to go to students and say, ‘let’s make a business out of this.’”

The Lucky Iron Fish story was one of those highlighted by the AIM2Flourish initiative, a program driven by the Fowler Center for Business as an Agent of World Benefit at the Weatherhead School of Management at Case Western Reserve University, which has created a higher-education curriculum around the role of business in achieving the UN SDGs.

Armstrong believes sharing stories about social enterprises like his striving toward achievement of the SDGs will go far toward encouraging other businesses to step up.

“By reading about success stories, [you realize] it’s not an outrageous concept to commercialize your idea and make a difference,” he says. “The goals won’t be achieved by one person. It’s all about collaboration with the private sector, civil society and government. Everyone has a role to play.”